When the owner was born in Sicily, and the head baker apprenticed in Sicily, well you know the cannoli have to be authentically… Sicilian! Cannoli are available all the time in our bakery, but for bulk orders please refer to our catering menu.

Cannoli are Sicilian, and Francesca Bakery is Sicilian in our background, but Angelo and Francesco have both lived and worked in Sicily, so we really do know about authentic Sicilian foods and this really comes through in our very popular cannoli selection.

We make our cannoli from our own fresh made crust, lightly fried to a delicate crisp with a tender chew. We also use a fresh ricotta lightly sweetened, seasoned and whipped into a pillowy filling that you would love to just eat with spoon! If you’ve never tried, we’d love to have you come and taste ours!

“Excellent cannoli can only come from excellent ingredients.” Angelo.

Originally dubbed Cannolo, these great little Sicilian pastries now known as Cannoli were formed when the Arabs still controlled the Sicilian regions of Italy. These delightful little tubes made from fried dough are stuffed with a variety of mixtures today, while the original recipe called for either Ricotta cheese or even Mascarpone. Whatever they are filled with, it is clear that they are a huge hit. Whether you are in North America or back in Sicily, you can be sure that these wonderful treats will be found within the baker’s windows waiting to be taken home. There is a certain charm that these pastries carry, and they are everything Italian that one could possibly imagine.

It is said that the Cannoli or Cannolo, which is actually the singular term, was thought to be a big attraction during the carnevale season and was rumoured to promote fertility among couples. While this is wildly questionable at best, the fact remains that people went nuts for these delicious treats that resembled oversized cream stuffed Penne on a pastry form. This Cannoli is a fluffy and flaky dessert that is enjoyed year round and is very popular within the Palermo region. This great dessert idea is something that is extremely big in Italian areas of America, and it is actually spreading within the non-Italian areas of North America as well. This is because this dessert is just so fine and delicate, the treat that you would not want to miss out on.

One of the trickiest parts of making cannoli is the crust itself, which is made similar to a pasta dough, but contains wine which gives the crust it’s trademark bubbly appearance. From there the Cannoli will be stuffed with flavoured ricotta or custard. We also do a regional version here which is made from sweetened goat’s cheese. Then the Cannoli will be chilled. Sometimes these cannoli are dressed with such ingredients as chocolate and or nuts on top, this not only makes the Cannoli look more appealing it actually helps keep the cannolis shape while still in the bakery. This is because the Cannoli is so gentle and flaky, that the slightest movement can actually see the dessert collapse under its own weight.

Due to just how delicious the Cannoli is it is actually a great alternative to a sweet cake such as the Tiramisu cake for dessert. This treat is simple to place on the table, as they can be carefully stacked for the guests. Cannoli are a great dessert that you can find within some of the most refined and respected Italian kitchens and restaurants worldwide today, and if you happen to see them in your local bakery you should waste little time picking some up for the family. You will hardly be disappointed with the purchase, and your family will thank you. 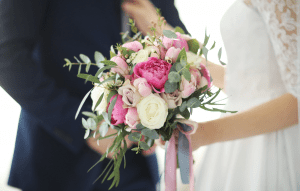